Over the last year, MANDARC SOO has been trying to seek the truth regarding his mysterious past. He bears memories of being a child, but continues to insist that he was not born, but was instead created. He believes he had always been a vampire, and was human only in appearance.

His former master, the blood mage termed DR TRELAINE, has demonstrated his faculty with such magics, but the crew has no way of knowing what exactly this process entails, the knowledge having been taboo since time immemorial. They know only what VLADISLAUS STRAUD has told them of his attempts to clone sorcereresses, a horrible project the DOCTOR began in Amerrka in the early nineteenth century.

MANDARC has made fast friends with the bionic vampress AVAEL, a clone and former employee of the DOCTOR. AVAEL, seeing similarities between the two of them, has dedicated time toward MANDARC’s interests, even using her knowledge to obtain information about his origin in AVAEL: DESCENT.

For at least the past year, MANDARC has been trying to enter DREAMSPACE, otherwise known as “ELYSION”. This process could be seen as comparable to a human trying to learn how to remain lucid while dreaming. But instead, MANDARC has been plagued with nightmares, such as those he mentions in CEDRIC: WARMTH. As the Dream is a very personal experience, none of his friends have been successful in helping the fumbling young vampire.

Except for a short time during which he resided with MYRTLE MARSCAPONE at her Rindle Rose “Retirement Community”, ending in MYRTLE: DISTRACTION, MANDARC has been living a life of contentment in the basement apartment of STRAUD MANSION.

Today, MANDARC finds a moment of inner peace. Since reclaiming his stolen dog with the help of his friends, he has enjoyed a quiet summer hiding inside, away from SOL’s nearly ever-present glare. The ambient light around his room includes only a few squat candles. He lays on the floor, flipping through a dense text on a tablet computer, the glow illuminating his pale face. 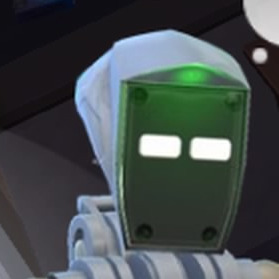 With what do you busy yourself this afternoon?

I'm going over my list of prepared spells. It looks like we're headed to the city next session so I was going to go over what I've got memorized.

Yes, the foray into the forest is drawing to a close.

I am sure that will be a desired change of pace for the party.

I've never been to Silverymoon.

You are looking over your spell-list?

I wanted to see that I'm prepared for anything Cedric will throw at us.

I've got a few instances of "Charm Person".

"Charm Person" does not seem as useful in practice as is "Suggestion".

"Suggestion" is what level?

"Suggestion" is a third-level Wizard spell as described in the Player's Handbook.

Third-level? Ugh. I didn't want to give up a charge of "Fireball".

And instead you wished to sacrifice preparations of "Sleep" and "Cantrip"?

The tablet computer vibrates in his hand with urgency, alerting him to activity in another chat-room.

Since the dog DEXX had been retrieved from Saint Louie, he had taken up residency at STRAUD MANSION. There had been a number of odd adjustments, however; the manor house was not accustomed to animal inhabitants. The doors were heavy and often remained closed. The furniture creaked beneath even the lightest of guests. STRAUD winced at the sound of claws threatening to marr his hardwood flooring. But the most obvious problem was that DEXX did not like to reside like MANDARC beneath ground level. He would simply stand at the basement stairs, hanging his tail, resigned to part ways with MANDARC. He would wait, patiently, for MANDARC to return, but when he would not, the dog would trot off to seek company from the Master of the House.

The weather is cloudy. Perhaps you can find it in yourself...?

MANDARC silently acknowledged that his Master had been more than generous, walking the dog in the daylight hours when the younger had not the energy. STRAUD, like CEDRIC, was able to walk in the sunlight without suffering ill-effect. Why, and how, MANDARC was unsure.

MANDARC turns off the tablet to leave the room lit only by the flickering candles. He leaves the darkened tablet on the carpet and raises himself off the floor, using an opposing arm and leg to push himself vertical.

He blows out the candles before exiting the room, shutting the door behind him, as was his habit.

The basement suite includes a number of convenient amenities: a bar, a kitchen, a bathroom… it was often down here the Master brought the club when entertaining. He preferred, for whatever reason, to keep the upper levels as they had been before MANDARC had ever arrived. It was only in the basement that one might know that they were fully entrenched in the twenti-first century.

Once, when the Master was out, MANDARC had made an attempt to dust the tops of the framed portraits that hung in the sitting room. He’d moved the paintings and discovered rectangular discolorations upon the wallpaper. Apparently the positions of the wall-hangings had been chosen many years ago and had not warranted change.

The hallway to the stairs is lit by enchanted sconces. He had been instructed that they required no maintenance, and indeed, the candles never dripped wax and the wall had no marks of smoke or tar.

But he tries to put the thought behind him.

VLADISLAUS STRAUD did not engage in the weekly social meetings, nor did MANDARC think he would welcome such frivolous party-games as entertainment.

When he walks up the stairs, he can see his white dog waiting for him.

The dog is bowing and shifting upon his paws, overcome with excitement at greeting.

Behind him stands a thin silver-haired gentleman.

His tone is just bordering on chiding, but it seems involuntary. MANDARC refuses to take offense.

MANDARC stops just short of the landing and kneels down to bring himself face-to-face with DEXX.

DEXX happily licks MANDARC on his cheeks and nose.

THE DOG SEEMS TO BE DOING WELL.

REGARDLESS OF WHAT THE WOMAN WAS AND WASN’T DOING –

HE IS YOUR DOG.

A DOG LONGS TO BE WITH HIS PACK.

YOU ARE HIS PACK.

MANDARC has finally loosed himself from the attentions of his pup. He stands up and in his pause, implies to his Master that he is ready to follow.

The trio wander back into the sitting room.

I THINK YOU SHOULD TRY TO WEAN THE THING FROM ITS KIBBLE DIET.

BUT THAT’S WHAT HE’S ALWAYS EATEN.

SURELY YOU DO NOT THINK THE DOG IS BEYOND THE CAPACITY FOR CHANGE.

HE DOES NOT SEEM SO AGED.

IF HE WERE TO TAKE DOWN PREY, WOULD HE BE PREPARED?

HADN’T GIVEN IT MUCH THOUGHT.

I FIND THE CRUNCHING AND CRUMBLING DISTASTEFUL.

THE UNNATURAL CLINKING OF THE HARDTACK AGAINST THE PORCELAIN –

THAT’S NOT WHAT MAN SHOULD FEED HIS MUTTS.

MANDARC has a moment of bold defiance.

AND SINCE WHEN HAVE YOU EVER OWNED –

[interj.] IF YOU MUST KNOW;

THEY WERE NOT STRICTLY MY DOGS AS WE DID NOT REGARD THE ANIMALS AS, DARE I SAY,

IT WAS LONG BEFORE I CAME HERE TO THIS COUNTRY, MANDARC. LONG AGO.

MANDARC pauses, and then shrinks, suddenly ashamed at STRAUD’s advocacy.

AND WHAT DID YOU –

ONE DID NOT BUY BISCUIT UNTIL QUITE RECENTLY.

MANDARC looks down at his dog. DEXX wags his tail genially.

IF YOU CAN GET HIM TO EAT IT, SURE.

IT WOULD BE GOOD FOR HIM.

YOU SAID IT’S CLOUDY OUT?

The silence suggests a response to MANDARC’s obvious question. STRAUD did not enjoy idle commentary.

THERE IS SOMETHING I WANTED TO GIVE YOU.

BUT I DO NOT HAVE AN INFINITE SUPPLY SO YOU SHOULD BE CAREFUL IN ITS USE.

STRAUD walks toward the small bathroom located off the sitting room.

The use of the room had seen increase over the past few months as both vampires washed their hands after walking the dog. STRAUD entertained few Mortals these days; the toilet was clean but dingy with age.

The two walk into the room, leaving DEXX trying to feel out whether there is enough room for him. STRAUD raises his arm to pull a chain connected to a lightbulb. The chamber is bright but quiet; the mirror above the sink reflects the light but does not show the faces of the two vampires.

STRAUD opens the cabinet installed behind the mirror. He takes a small blue jar with an atomizer set atop.

I THINK YOU WILL FIND THIS VERY USEFUL. BUT I MUST STRESS THE RARITY OF THE CONSTITUENT MATERIALS.

I’M HESITANT; LOATH, EVEN, TO SUGGEST YOU USE THIS TO SIMPLY WALK YOUR DOG.

BUT I CAN’T RESIST THE THOUGHT THAT IT WOULD MEAN A LOT TO HIM TO WALK WITH YOU DURING THE DAYLIGHT HOURS.

He eyes MANDARC, gleaning his hesitance, his fear.

IT IS A SORT OF SUN-CREME.

YOU SHOULD FIND THAT IT BLOCKS THE RAYS OF THE SUN AND REDUCES THE PAIN OF THE RADIATION UPON YOUR SKIN.

STRAUD hands the bottle to MANDARC, who reads the label. It’s slightly frayed due to acid and age. A circular pattern surrounds STRAUD’s articulate penmanship.

He twists it back and forth, looking over the entire label. Much of it is blank.

THIS IS THE SPRAY-ON. THERE IS ANOTHER JAR HERE OF A MORE VISCOUS APPLICATION.

YOU MAY USE THAT ON YOUR CHEEKS AND FOREHEAD.

I WOULDN’T SUGGEST YOU ALLOW THE DOG TO LICK IT OFF, HOWEVER.

IT HASN’T BEEN TESTED ON ANIMALS IN SUCH A WAY.

IS THIS… WHAT YOU USE?

MANDARC was finding in himself a more frequent penchant for bold questions.

NO, THIS IS NOT WHAT I USE.

IT WAS INVENTED BY A FRIEND.

I HELPED REFINE THE FORMULA.

MANDARC knew better than to ask about one of STRAUD’s many acquaintances.

MANDARC still has the jar in hand and looks it over again.

WHAT’S… IT MADE FROM?

A WHITE FUNGUS THAT REFLECTS THE SUN’S GLOW.

DON’T FLUSH THE WATER AFTER YOU WASH IT FROM YOUR FACE.

DUMP IT IN THE GARDEN.

MANDARC starts to unscrew the cap to inspect the liquid.

STRAUD raises his hands in resistance.

THE ONLY THING I ASK OF YOU IS THAT YOU ALLOW ME LEAVE BEFORE YOU APPLY THE STUFF.

He pauses, staring off for a moment into the empty air.

THE SMELL MAKES ME HOMESICK.

Previous// ROXXIE 001: Guess
in which Roxanne tries for the first time in a long time to talk to a journal
Next// TZU 002: Initials
in which Tzu receives a letter after a long delay