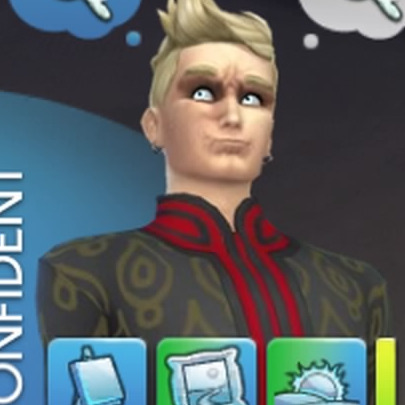 Vlad, I had a funny dream. 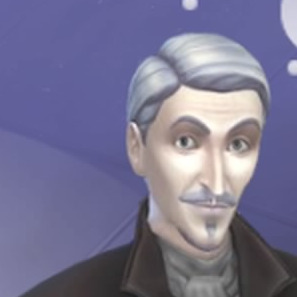 Yeah, I chuckled a bit.

You wanted me to give over my chewing gum to share with you.

But you insisted on taking it.

Unfortunately for you, I don't use chewing gum.

Yeah, I didn't think so.

And I'll quote a song here:

It's repulsive, revolting, and wrong

Chewing and chewing all day long --

The way that a cow does.

I am gathering a number of silvery plasma packs into a bag. It is Tuesday, and with my current schedule, Tuesday has come to suit me as the day I visit the Oborovsky twins and make my weekly delivery.

I started making the packets in the late sixties. The prosperity boom after the war meant humanity was consuming meat in greater amounts than they ever had before. Butchers were left with prodigious amounts of leftovers, which came to especially concern me.

It is true that the Vampire prefers to consume the blood of the living animal. It is also true that Man is our preferred prey. But neither is a strict requirement to keep us moving and so, in times of scarcity, the preserved blood of animals may be used as an inferior, but sufficient, foodstuff.

Decades ago, I found my way into the offal market, claiming myself looking for nutriment for my gardens. I attested that would dry the product myself and add my own proprietary mix of minerals.

It wasn’t untrue in the strictest sense.

YOU MAKING YOUR WAY OVER TO THE TWINS’ THIS EVENING?

MANDARC was rising later and later these days, being adjusted more to the digital clock than the sun.

WHEN ARE YOU GOING TO MAKE THEM GET THEIR OWN STUFF?

The girls teetered on the edge of sanity and they certainly didn’t drive. I preferred to keep it that way.

THERE’S GOT TO BE AN EASIER WAY.

WHAT IF YOU GOT CAUGHT WITH THE GOODS?

HOW’RE YOU GOING TO EXPLAIN IT ALL AWAY?

YEAH, OKAY. BECAUSE SOME OLD MAN IN A WOOL COAT WOULD BE CARRYING AROUND A CHILLED BAG OF –

I’LL DEAL WITH IT IF IT COMES TO THAT.

He looks at me, full of doubt.

I raise my eyebrow.

DO YOU WANT ME TO COME WITH?

I’M SURE YOU CAN FIND SOMETHING TO BUSY YOUR EVENING WITH.

ARE YOU TAKING THE CAR?

I WAS GOING TO LEAVE IT IN CASE YOU NEEDED IT.

YOU’RE GETTING SO GOOD WITH YOUR DRIVING THESE DAYS.

I WASN’T PLANNING ON GOING ANYWHERE.

JUST IN CASE YOU CHANGE YOUR MIND.

The OBOROVSKY family possessed a few holdings in the city limits but SVETLANA and her daughters most commonly used their flat on the Upper East Side. To get there necessitates a ride on the subway.

The ride isn’t unpleasant, nor does it seem to take an especially long time. I enjoy watching people, despite the unfortunate fact that they’ve become considerably more dull as time has worn on.

Once, I could hear their thoughts as they read the newspaper. And I did so like the gentle shifting of the printed leaves against each other. Still others had talked to their companions while riding, making a pleasing soundtrack against the scraping metal. But conversations today were a rarity as most traveled alone. The rest blared out their thoughts with cloying music leaving me little to glean but muffled impressions of voice echoing out of tin cans.

I listen as much as I am able and try not to indulge too heavily in nostalgia.

The night air is crisp and cleansing as I exit the subway station. A light breeze disturbs my hair and I smooth it back into place, grasping my coat and pulling it against my neck.

None pay any mind to me as I glide among them.

I soon arrive at my intended destination and step up to the outer door to ring the bell.

Their voices are very similar and I imagine that others have trouble telling them apart from mere sound.

They do seem to look forward to my visits.

She presses a button on her panel that causes the door to alight in a klaxon warning.

I open the door and step inside. Once the wind has ceased, I straighten myself out again and prepare myself to enter their domicile.

I miss their mother.

OPHELIA answers the door. I can tell the girls apart by differences in their facial expressions and the way they throw their voices around but an easier way is through their haircuts.

OPHELIA, thinking herself the more serious twin, has her hair cut short, hanging just beneath her ears. Both girls possess hair in such a deep shade of brown that it is virtually raven. Their hair has a light wave set naturally, shiny and effortless. It reminds me of SVETLANA, who sadly took to straightening her hair once the devices were available easily to her.

I had always preferred the wild look.

OH, WHAT AM I SAYING, YOU’RE ALWAYS WELCOME HERE.

HOW WAS YOUR TRIP?

HOW ARE YOU GIRLS?

Her sister can barely contain her anticipation.

SO WHAT’D YOU BRING US?

She eyes my leather bag but my attention shifts, caught on the sound of a shift of the floorboards from upstairs. Since both girls are here in front of me, there should be no such –

She waves her hand across my field of vision, trying to recapture my gaze.

They always treated me as an old man.

I blink a few times, trying to contain my displeasure.

YOU HAVE A GUEST?

NOTHING GETS PAST YOU.

YOU WANNA GO TALK TO HIM? HE’S, LIKE, LOOKIN’ THROUGH MOM’S BOOKS ‘N’ SHIT. I DON’T REALLY KNOW WHAT TO DO WITH HIM.

I TOLD HIM IT’S, LIKE, TUESDAY, AND HE NEEDS TO G.T.F.O. BUT HE’S BEEN HERE SINCE YESTERDAY.

ESTHER WANTED TO CALL CEDRIC BUT WE FIGURED YOU’D BE OVER HERE TODAY AND MAYBE YOU COULD GET HIM THE FUCK OUT.

DID YOU TELL HIM YOUR MOTHER IS DECEASED?

YEAH WE TOLD HIM!

HE JUST ASKED WHETHER HE COULD LOOK THROUGH MOM’S STUFF AND WE SAID IT WAS OKAY BUT HE WON’T LE-E-EAVE!

I WILL DEAL WITH THIS.

ALLOW ME TO DEPOSIT YOUR GIFTS INTO THE REFRIGERATOR.

YOU ARE SUCH A PAL.

NEWS FROM THE UNDERGROUND?

NOTHING THAT THREATENS YOUR FAMILY.

A FRIEND OF THE MARSCAPONES HAS LOST HIS MOTHER.

I DON’T THINK THAT WILL BE NECESSARY.

IT WAS AN ATTACK OF ONE OUR OUR KIND AGAINST A MORTAL.

The girls scrunch up their faces in disgust.

They fail at mustering even the smallest amount of sympathy.

VINCE DID KEEP SOME WEIRD FRIENDS.

NOT TO MENTION HIS WIFE.

They holler in unison:

Satisfied with their own sound, they break off to cackle maniacally.

I stand there and stare at them until they are done.

THIS WEEK YOUR TREATS ARE LARGELY BOVINE. THE SUPPLY CHAIN’S UNSTEADY AND OUR CHOICES AREN’T WHAT WE WISH THEY WERE.

I HOPE THIS WILL SUFFICE.

OF COURSE IT WILL, STRAUD.

As I’m turning around to go into the kitchen, she slaps me officiously on the back. I stop for a moment, still, gathering my better sense.

The kitchen is silent as I unload my merchandise into their refrigerator. The television can be heard mumbling through the chasm; the girls have a preference for listening to things far louder than seems necessary.

Some humans need the intensity to drown out the din of conflicting emotion rumbling through their minds. As for the girls, I suspect they had a similar sort of need.

They have retired to the viewing room when my satchel is emptied. This was the usual chain of events; they would watch television until I left, not wanting to allow me to see them drink from what I’ve brought them.

I exit the kitchen and walk through the living area, just catching a glimpse of the vapid expressions on their faces as I turn to ascend the stairs.

The upstairs landing ends in a bookshelf with a number of crafts in faded construction paper. Presents to SVETLANA, I’m sure, from an age now long past.

I open the door to the master bedroom.

Sitting on the bed is a grey-haired man hunched over a book. He doesn’t notice my entrance; the doors are well-oiled.

He straightens up and looks at me, shocked at what he sees. He tries to maintain a calm but is unsure of what to say.

CAN I HELP YOU?

PERHAPS YOU CAN HELP ME.

ARE YOU A FRIEND OF SVETLANA OBOROVSKY?

A LONG TIME AGO.

I THINK YOU’D BE SURPRISED.

He reaches his hand out to greet me.

I oblige his request.

YOU’RE A FRIEND OF THE OBOROVSKYS?

HER GIRLS REPORT THAT YOU’VE OVERSTAYED YOUR WELCOME.

CAN I HELP YOU?

I… I’M NOT SURE WHAT I’M LOOKING FOR.

I WAS HOPING TO TALK TO SVETLANA HERSELF BUT…

DEXTER looks down, away from me.

PERHAPS I CAN HELP YOU.

I WAS FRIENDS WITH SVETLANA FOR MANY YEARS.

I try to enunciate my words, to impress upon him the second meaning. But he doesn’t seem to understand what I’m trying to say.

I JUST WANT TO HELP MY DAUGHTERS. I WAS HOPING…

YOU SEE; MY ELDEST IS SOMETHING OF AN ASPIRING WRITER.

I HAD HOPED SVETLANA MIGHT HAVE BEEN ABLE TO TAKE HER ON AS A SECRETARY OR APPRENTICE.

IF SHE HAD SUCH NEED.

NOW THAT SHE’S GONE… I’M WONDERING IF SHE KNEW ANOTHER WRITER OR POET WHO MIGHT BE ABLE TO HELP HER.

DEXTER is consumed with worry.

I DON’T THINK THAT SVETLANA WAS KEEPING UP WITH OTHER WRITERS IN HER TWILIGHT YEARS.

WHEN WERE THE TWO OF YOU ACQUAINTED?

MY ELDEST WAS BORN… SEVENTY-NINE.

SOMETIME BEFORE THAT I USED TO COME HERE FOR HER WEEKLY READING.

The book club. Yes – SVETLANA had been fixated on the adoration of the Mortal. Before the depression had fully begun to choke her.

THAT’S A LONG TIME AGO.

DEXTER seems embarrassed, and yet, still oblivious and unwilling to meet my meaning.

YES, I WAS A YOUNGER MAN THEN.

YOUR DAUGHTER HAS BEEN UNABLE TO FIND AN APPRENTICESHIP?

He pauses. For a moment I hope that the charade is over, but he seems confused. If he’s truly been here for a day or two, then it is likely the thirst is consuming his judgement.

I look back behind him to try to discern which of the books he’d been reading. The leather-bound tome is familiar; it’s one of mine.

I catch his gaze again.

WHAT DID YOU SAY YOUR NAME WAS AGAIN?

I DON’T THINK YOU’RE GOING TO FIND ANYTHING UP-TO-DATE IN THOSE BOOKS.

SHE HASN’T WRITTEN IN SOME TIME.

SINCE ABOUT THE TIME OF YOUR LITTLE BOOK CLUB.

WHAT… HAPPENED TO HER?

The question I didn’t want to answer, not to this stranger.

SHE WAS IN A GREAT DEAL OF PAIN.

WHY ARE YOU HERE, DEXTER?

I’ve made him uneasy.

WHY DID YOU COME TO SEEK OUT A WOMAN YOU HAVEN’T SEEN IN FORTY YEARS?

SHE WAS… SHE SEEMED KNOWLEDGEABLE ABOUT…

The room is quiet and I notice again the babble of the television.

MY DAUGHTERS AND I APPEAR TO BE AFFLICTED WITH…

Previous// MYRTLE 019: Research
in which Myrtle receives news about her friend, Peiyun
Next// CEDRIC 030: Always Welcome
in which Cedric is convinced to take on a charity case