After a productive session of conjuring food, BRONALD WEASLIE leaves for his day of work.

FRIDAY PERKINS is alone in the house with her dog, DEXX. She and the dog have a shaky relationship and sometimes she finds herself seeking solace in the attic, where the ladder prevents the dog from entering. He will whine, yes, but the witch goes regardless. The attic smells of dust.

In the attic is an old computer. She inserts a USB stick attached to a keychain, holds down a few keys, and the computer whirs to life.

It boots into an arcane looking operating system. She navigates to her browser, launches a few utilities, and she punches in some credentials.

PERKINS browses around the boards. 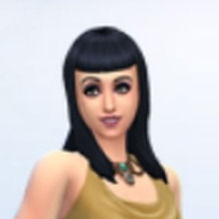 (thinking) Vatore and Quarq are on here less often.

She scrolls through the screen. A number of chat messages flow backwards through time.

So how's the new place?

I'm getting back into guitar.

you played back in the day?

I played a bit when I was a kid.

i mean, i know you're out but

you keeping up with news?

Makoa's having some problems with the customers.

the pricepoint is high

I wouldn't think prohibitively so.

My recent annoyance is

he made a mockup here.

I think that's part of the issue.

PERKINS moves her mouse to the hyperlink and clicks on it.

She furiously slams the back button, where the cached page she was on reloads, but as she scrolls, no new messages populate.

She begins to realize that her IP spoof wasn’t enough. She’s given over her information to the (w)IntraNet and now her access has been revoked.

(thinking) I should have taken more precautions.

(thinking) I should have …

PERKINS stands up and starts to pace about the attic, staring out the window. Her chest is heavy with regret and fear.

Previous// WEASLIE 004: Unannounced
in which Weaslie and Perkins discuss the change of the dog's temperament
Next// VATORE 006: Swagger
in which Vatore and Perkins work out for the first time since her move