aspiring spellcaster after curing self of Vampirism

MYRTLE MARSCAPONE is an elderly spellcaster who lives by herself in Willow Creek.

NOTE: in this continuity, spellcasting is known with certainty only to insiders – most spellcasters try to keep their abilities secret. MYRTLE became known in her younger years as the ‘White Witch’ during the war against the East and is well-known amongst the spellcaster community. Despite her wartime stance, she later extended an olive branch by adopting Tzu Prano, then an orphan from Goryeo.

Today she is providing a demonstration for her son, KEVIN MARSCAPONE.

KEVIN is learning relatively late for his age; during his youth he was afflicted with the curse of Vampirism, a ‘gift’ from his late father. It has been just a few short years since he finalized the Cure. In that time he has learned a number of ritual and quick magics but is still dwarfed by his mother’s facility.

Sparks crackle gently in the air as MYRTLE waves her hands around. In a moment, she brings her fingers together, then apart, revealing a small fireball that she quickly snuffs out.

KEVIN tries to mimic the action and almost gets there when the fire travels down his arm rather than appearing between his fingertips. The smell of burnt hair wafts up; the wave of fire has singed his armhair.

WE’LL TRY AGAIN TOMORROW. WE NEED TO GET ON THE ROAD.

IT LOOKS LIKE… (leaning to view clock) SIX TO SIX.

MYRTLE stands and straightens out her dark dress. She is thin; gaunt, even. But her gaze is intense and active with an expressiveness that defies her posture.

MYRTLE begins another invocation, but the sparks are smaller, blues and purples that seem to spiral before dissipating; each curled like tiny woodshavings.

With the last two syllables, MYRTLE pulls a wand out of a tiny rift in space-time. THE WAND is straight but imperfect; forks and joins as immovable evidence that it was once part of a tree.

AS YOU KNOW, I ALWAYS KEEP THE BEST OF SPELLS ON RESERVE. “NEVER –”

This is apparently a stock phrase of theirs.

AND YOU’RE SURE THAT THE AUGMENTS…? WILL GO… OKAY?

KEVIN pauses, and looks down.

WELL FORGIVE ME, MOTHER, FOR BEING A LITTLE NERVOUS. I’M PROPPED UP ON A BIT MORE THAN A PACEMAKER.

KEVIN looks up at his mother.

The two link arms. With her right, MYRTLE waves the wand, which sizzles and throws off the same twirling light as it did when it was conjured.

THE MAGIC REALM is a strange place, eternally bound in the blueish illumination of the moon. The twilight is everlasting, never does true night or true day occur. Bound by starlight but bathed in oxygen, the place is a bit heady.

Standing before a stone arch are MYRTLE, KEVIN. Before the two is the main building of the Magic College.

(looking toward him) LOOKS LIKE MY SON IS IN ONE PIECE, JUST AS I’D EXPECT.

KEVIN looks toward his mother.

KEVIN attempts to stand, taking his right hand and slamming his fist against his chest. He coughs painfully.

A bystander, previously silent, encounters the two while leaving the school. It is MORGYN EMBER. He wears a bright red coat and boots up to his knees.

HE’S OKAY, JUST GIVE HIM SPACE.

KEVIN has finally stopped coughing but he still stands bent over uncomfortable. In time, he slowly makes his way to stand aloft. MYRTLE, MORGYN look at each other helplessly.

KEVIN, PLEASE LET ME INTRODUCE MYSELF – I –

MORGYN, ONE OF MY MOTHER’S ADORING STUDENTS.

MORGYN thrusts out his hand to meet KEVIN’s.

WHY JUST LAST WEEK YOUR MOTHER WAS TELLING ME HOW QUICKLY YOU MASTERED THE ART OF ‘OBJECTS AND THINGS’, AS SHE CALLS IT. SO MUCH FOR ‘OBJECTIONS’.

MORGYN leans his head toward MYRTLE, acknowledging an inside joke assumed to be common knowledge.

‘REPAIRIO’. (turning to Morgyn) I HAVE BEEN USING THE CONVENTIONAL LATINATE WITH HIM.

(mouthing ‘oh’) YOU HAVE? INTERESTING. WELL ALL THE BETTER THEN! I KNOW IT ISN’T SO PLEASING TO OUR AMERICAN EARS BUT IT REALLY IS A SIMPLE SYSTEM.

I’M SO SORRY I CAN’T STAY LONG BUT PLEASE LET ME TAKE A MOMENT TO MAKE YOU SOMETHING – I’D LOVE TO HAVE TEA SOMETIME AND PICK YOUR BRAIN ABOUT WHAT YOU’VE BEEN LEARNING.

THIS ONE WAS MINE, BUT I THINK YOU’LL MAKE BETTER USE OF IT…

From his pocket, MORGYN retreives a GLIMMERSTONE: a small crystal so smooth and light as to seem like plastic. It is pale blue but shadows of indigo form in the corners. 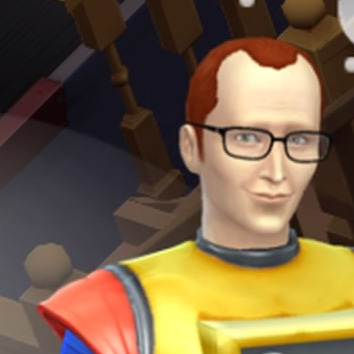 You should be happy to learn 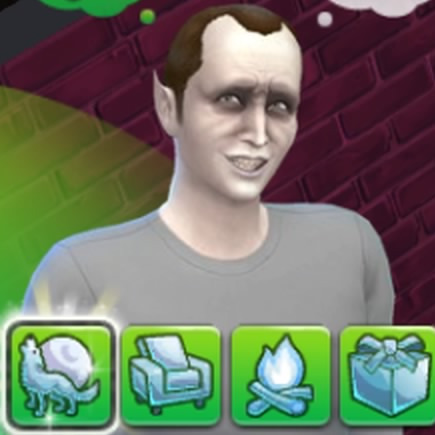 You ARE okay, right?

It was pretty spectacular.

Previous// GOTH 005: Estranged
in which Cassandra receives a letter from her now-deceased father
Next// KEVIN 019: Dirty Blood
the bully hates competition