Second of her name, Calandrath is less a true Forsaken than she is a semi-sentient flesh golem.

She was crafted by the goblin Gretchell, who claimed to have worked in isolation. The Job Protocol Module she developed to pilot the robot used a heavily-encrypted draenei data crystal Gretchell says she found while scavenging abandoned Alliance towns near Andorhal in Lordaeron. Gretchell has invoked a number of goblin statutes to keep the crystal from inspection by the Warchief’s military engineers. She maintains that the crystal contains the personal libraries of a now-deceased Draenei linguist fluent in over six million forms of communication.

Calandrath has seen employ as a bodyguard for a number of high-ranking Horde officials, most notably the High Priest. 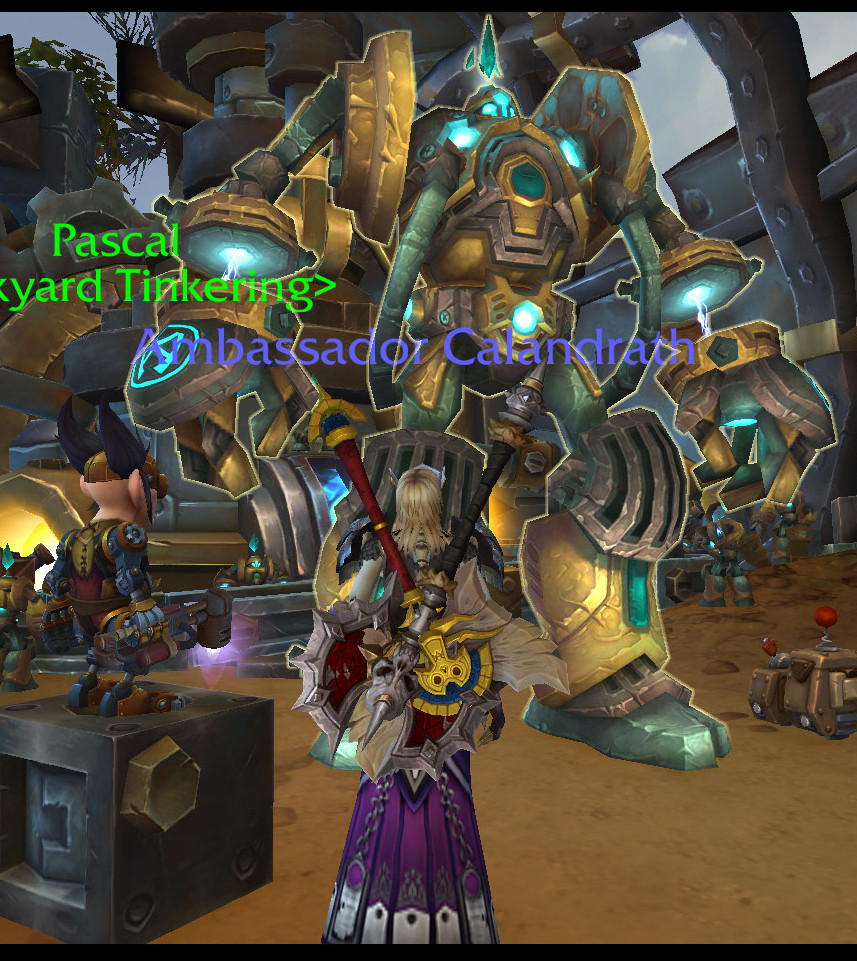