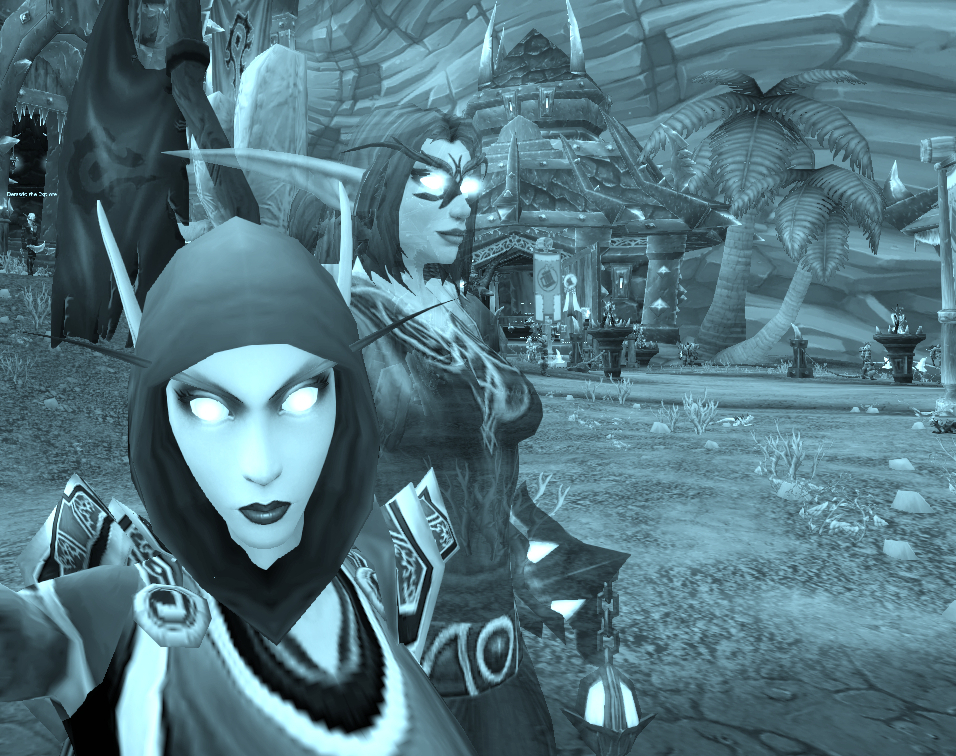 disclaimer: I am not actually a void elf.

What is an elf?

In Warcraft, an elf is a multi-raced humanoid descended from trolls. They have long ears and lack the tusks of their forebears. Elves always have five fingers and five toes. Trolls may or may not have glowing eyes, this depends on their magic use. Elves’ eyes glow according to their exposure; most begin to have faint luminescence by a half a year of age.

Another hotly debated physical characteristic of elves is their apparent natural lifespan. A number of Warcraft elves have been alive since before the War of the Ancients, which is ten thousand years in the past.

Who penned the first Elf?

All signs here point to Tolkien. Certainly his race was inspired by folklore that predated him, but we should look to his work for the first appearance of the modern Elf. Tolkien’s race of Elves from Middle-Earth are a people that value knowledge, magic, and artistry. They are an insular people who spend their long lives acquiring fine taste and wisdom. During the Third Age, they are a race in retreat, many of them already acceding defeat and left for the Undying Lands. The mortals are destined to inherit the earth; Tolkien may have seen his own work as an alternate pre-history for Earth: elves were once advisors to mortals, but now are all but extinct due to a spiritual (and sometimes literal) ‘deforestation’ – there is no place for them among the close-knit chaos of humanity.

Elves have been suffering a loss of land on all fronts. Orcs continue to ravage the Ashenvale forests with their Goblin allies eager to profit from the natural resources. Quel’Thalas was devastated by the Scourge and to this day struggles to maintain itself. Various Scourge generals still operate in the area, empowered by the strongholds in the Plaguelands to the south. The crusade against the undead in Northrend has done little to improve the situation of the Blood Elf homeland in Azeroth. Being an aggrieved people, they have found quick friends in the Nightborne but the elves continue to suffer a cultural and numbers war against the leadership of the Horde. And Alliance elves have fared little better; with their tree now destroyed, they are struggling to find a homeland in a world dominated by the human-orc conflict.