It seems you can’t escape it, even school shopping your local big-box. Fortnite, which makes me feel old every time I try to type because I can’t stop typing it as ‘Fortnight’. Declining brain plasticity sings its death chant everywhere I go; re: declining brain plasticity, Fortnite. After tournaments conducted online from April 13 - June 13, 2019, the ‘Fortnite World Cup 2019’ was held in Flushing, New York at the USTA National Tennis Center. Esports continue to grow in popularity and revenue; their origin entertainment we call ‘video gaming’, too, is an industry quoted to have a yearly revenue some twice that of film. A trip to the movies costs more than every before (my family of four could have paid $69.52 to see the Lion King at my local theater in August), and the exorbitant cost doesn’t liberate the viewer from the advertisement experience. Movies are shorter than their ancestors, scripts are short ‘n’ snappy, ensuring the viewer is rapt while comforted, never challenged. The moments of non-dialogue are CGI-laden adrenaline-IV-gibberish. And don’t even get me (or someone else) started on the frequency of scene jumps and cuts in modern ‘film’; the experience is jarring and unnatural. It’s no mystery why gaming is on the rise: for anyone looking to be transported wholesale to a faraway place, engagement and depth are paramount. The gamer has more options than ever before; one can play on a phone, PC, console, VR headset… inputs as complex as macros on a keyboard, as precise as a joystick and buttons, or as approachable as a touch screen… and there are more places to go than ever before. Earthworm Jim too wacky? Conker’s Bad Fur Day too coarse? Mario Galaxy too saccharin? Legend of Zelda too heteronormative? There is a setting for everyone, if only you are willing to look for it.

Why, then, with more diversity than ever before, are we still making little appreciable progress toward equal female representation among professional (arguably all) gamers? Keith Stuart, a contributor to The Guardian, wondered the same thing in his July 29, 2019 article, “Not one of the Fortnite World Cup’s 100 finalists was a woman. Why?” The subtitle addresses what he believes is the primary problem: ‘The esports industry must attract female players to avoid replicating the sexism that blights other sports’. The issue, he says, is in attracting the female pro player. As if she’s just sitting in her home waiting for the call. Stuart explores a number of possible causes but focuses on females being repulsed by the culture of gaming, namely trash-talking, skill discrimination, and male-oriented marketing.

After reading Stuart’s claim, backed up by other commenters mired in the feelings-focused pandering-friendly-zeitgeist, I was angry and insulted. The implication that women leave gaming due to social effects implies several ideas that are both full of holes.

I shouldn’t have looked into this question late before bed because I was so furious from my findings that it took me a while to calm down. I hadn’t been this angry since I saw EU powderpuff League of Legends, complete with the ‘players’ wearing lengthy fake nails. Although they seem to be hiding their hands here But the internet seems to be trying to cover up some of its past; the search engine distracts me with ‘Women’s Esports League Season 1’, which took place in Spring 2019. Except for what looks to be a fan-contribution wiki, the web doesn’t want to volunteer much information about what happened in those games. Most of the pictures feature the gamer-girls in heavy eye makeup – wouldn’t want to suggest that the players would go so far as to shirk from the socially-acceptable daily face-painting. 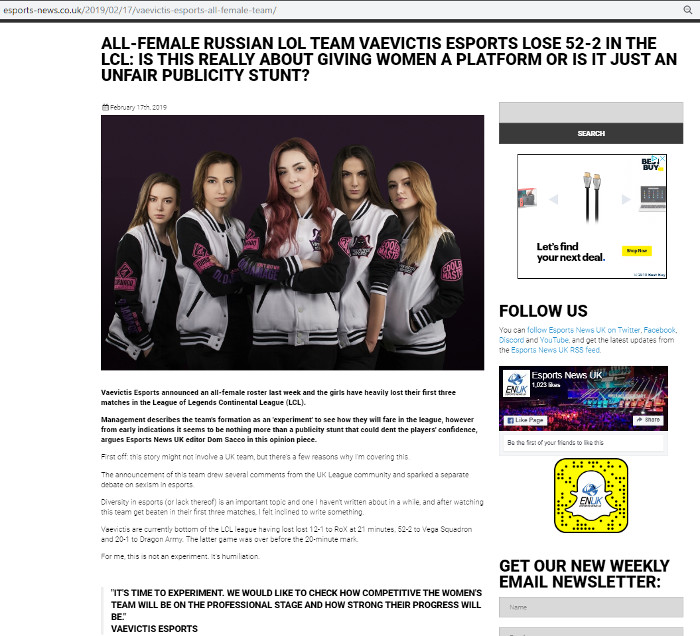 You know what, maybe I’m not against the idea of a female esports league. But not for such paltry things as to ensure a ‘hate free’ ‘non-toxic’ environment. I’m not there to make friends. I am there to play the game. Where is there mention of competition? Of skill development? Of improving teamplay? (https://www.challengermode.com/wel) And their chosen moniker ‘challengermode’ is undoubtedly meant to reference LoL’s Challenger rank – Does anyone out there know of a female who competes at this level? Is this a joke? I feel insulted. Should I?

I’m not against the idea of a female esports league. But that’s because – yes, I’m going to say what no one else seems to want to say – Women are NOT equal competition to men at video games. 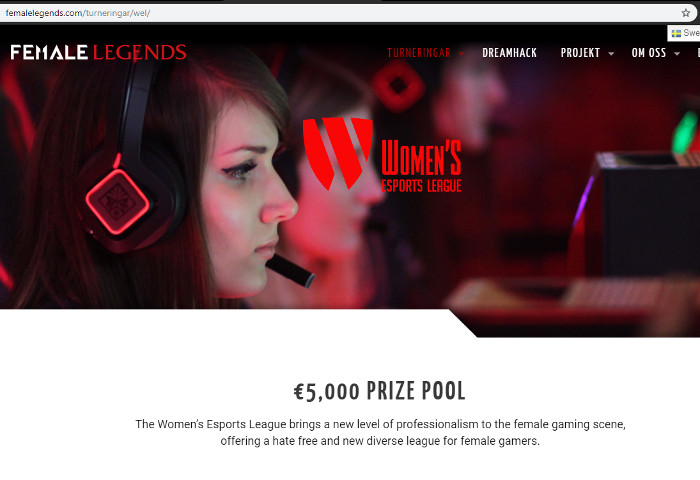 Let me repeat that. Women do not compete on an equal playing field to men at video games. They’re not there because they’re scared away by some coarse language. They’re not trying to make some non-participation stance about the ‘toxicity’ in gaming chatrooms. They are biologically disadvantaged at the tasks competitive gaming favors. Athletic sport does not pit men and women against each other because they do noit have the same starting conditions. Men have denser bones, higher endurance, more muscle mass than women. That does not mean all men beat all women. It means that, in the words of a famous streamer, “The best warrior will lose to your average frost mage.”

In Stuart’s article, he claims Fortnite boasts a 35% female userbase. Regardless, after ten weeks of competition, not a single female qualified for the top 100. What this fact fails to represent is time invested by the players: it is probably true that the average male plays more hours/week than the average female player. Random distribution suggests that if enough women are participating, we should see the best of the best trickle to the top; heck, they might even be groomed for competition – if a woman could compete on a team it would be a huge boon to an industry plagued by claims of sexism.

Modern studies of IQ suggest that there is little difference between average male and female intelligence. What they do tend to note is that the distribution differs when measuring populations; a graphed curve of females will be flatter than the males – more total males lie at extremes both high and low.

But intelligence is only one factor of many: how is it that you WIN A GAME? If men and women have similar intelligences, where do they differ? I propose that while most popular games favor “male skills”, the relatively small-medium difference in maximum-skill does not account for the tiny space females represent in the popular gamer cast. Social effects, of which chat-toxicity is only one, are broadening this game and pushing many, but especially females, out of competition. I will offer some theories.

Despite the deck stack against them in social effects, certainly women would compete. And even more might compete if the biological constraints were less emphasized. I believe the average male has a better twitch response than the average female – if we compare the eyes to a camera, a male has a higher framerate but a female’s image has more MP; color depth and pattern recognition help her extract more information out of a given image. A male may tend toward objective-tunnel-vision; the emotional tie to a chosen strategy despite information to the contrary. Go big or go home might win the game as much as it loses the game. 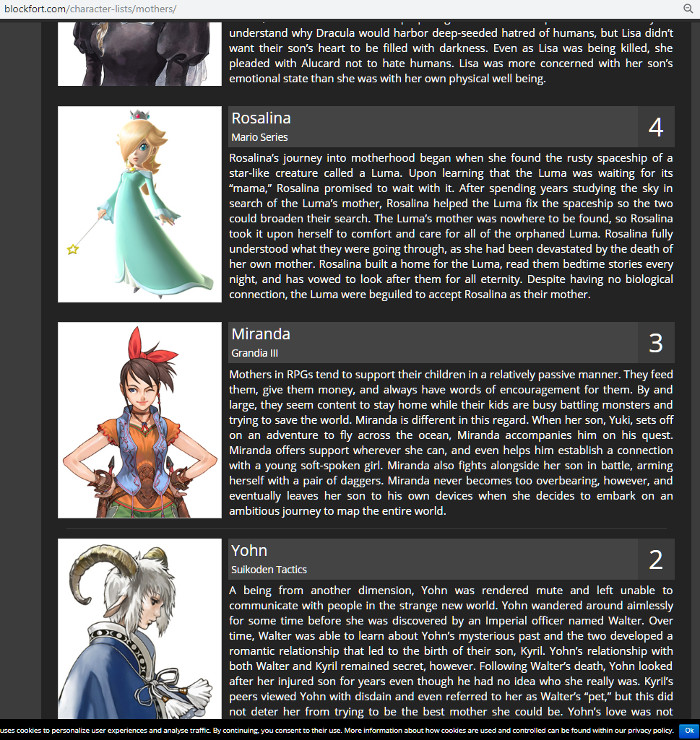 If females display less anti-social behavior, let’s find roles that emphasize this strength. The healing/supportive role in MMOs attracts a higher percentage of females than other jobs; their winrate at the chosen role certainly contributes to player-retention. If they are more socially aware (arguable whether this is biological or cultural, probably both), then they should have a deeper game-state-matrix, especially in team games, where their social-pattern-recognition is at its peak usefulness. The more attention a healer can turn toward teammates, the sooner she can react. A male may tend to place a hostile as the highest-threat-priority, where a female may prioritize defensive play.

The most entertaining games present a variety of hooks for the viewer. If Michael Jordan is too much of an offensive showboat, perhaps Scottie Pippen will catch your eyes; personal glory is secondary to winrate. Obviously my 90s references betray me as a basketball non-fan, but regardless. Perhaps it was prophetic that my favorite player was Muggsy Bogues, whose small stature was inspirational to a child. His commitment despite disadvantage led him to the top levels of competition. That infectious passion brings joy to the player and the viewer, driving forward the human cause: the quest for knowledge, self-improvement, and ultimately, enlightenment.