I think I saw Firsthome.

Only I was calling it Coreworld.

Who was the first character you saw? Did you see any characters?

But the first thing I think is important are the spinning computers.

The world was composed of a white core, focused especially on the auditory beauty of music.

The outside used black computers and it was dominated by pure computation.

In a joking way, it almost reminded me of the Mac/PC rivalry that was a meme before memes in the early twenti-first century.

The white core was almost totally unaware of the demonic overlords, and kept as a pet to, and inside the dark world.

There was a small boy, very young. He ran around the core world, the edge of grey. trying to deliver a message.

He was in an Oriental restaurant.

There was a poisonous bug, a venomous stinkbug, who was trying to assassinate him. I'm not sure it was going after him in particular, but anyone with a pure heart and aim to underdo the parentage.

He made it though, as far as I saw. He was going from the front of the restaurant to the back --

Come to think of it, the food might have been an illusion too, because I smelled nothing, saw nothing, and I felt I had true sight here in this vision.

There was Sailor Moon, too, a sad blonde-haired girl.

She was estranged from her friends, the Planettes.

They, at least the contingent that remained, were locked in an eternal attempt at escape, and were skipping, bounding, leaping around the planet, trying to outrun their pursuers.

Tuxedo Kamen was somewhere else, in the mirror kingdom of sand.

The mirror kingdom of sand had many grocery stores, and existed on the edge of the white and dark Cores.

I think I saw the Islander.

I was viewing the itineraries of the planes, their planned paths, and it was going over the planet in the North. Earth.

I needed to get, or stay, North. In the cold.

I had a vision. I saw him in his room, laying ill, laying sick.

I don't think I made it to him. 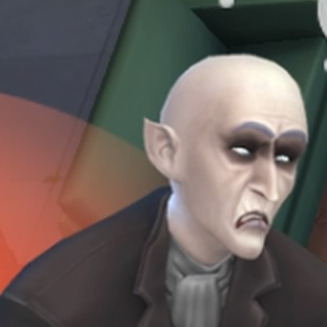 There was a clear and simple reason I converted him.

I saw him in the nightmare.

I don't think I made it to him.

I just couldn't get there in time.

He needed more help than I could provide.

He returned home to Sulani.

In part because of your prodding to help his family.

It was the right decision.

He wasn't meant for this land.

You couldn't get there in time because of the time limitation.

Has been speaking of, yes.

Tuxedo Kamen... He was hiding his black hair.

And Sailor Moon, she was able to push herself, using wind?

I wasn't sure if she could fly or not.

The Coreworld -- it was sort of like a "Hunger Games" thing.

The two cores didn't understand the other at all but there was a certain direction of exploitation.

And that stinkbug was extremely frightening.

I saw it kill two small people, other messengers, although I got the feeling, not that they deserved it, but they didn't have the same strength of character as the one who survived.

I hate to think that way.

But I was so glad that the young boy survived.

He kept making his DEX checks.

I saw so much, it was disorienting.

I am sure I am missing something, but I came as soon as I had the vision.