CEDRIC has slept in unusually late today. KEVIN has already risen and happens, strangely, to be darning a hole in his socks. It’s a strange occupation for the vampire, but CEDRIC thinks little of it.

SVETLANA WAS LOOKING FOR YOU.

They had spent every night that week playing as a trio in the massively multiplayer online role-playing game World of Warcraft.

CEDRIC had to admit, despite his initial misgivings, the three made a good group and easily mowed down all but the most difficult of challenges. The experience penalty was more than made up for by the fact that they could pull groups one after the other with relatively little downtime.

They were, dare-he-say, having fun.

KEVIN doesn’t look up from his work. 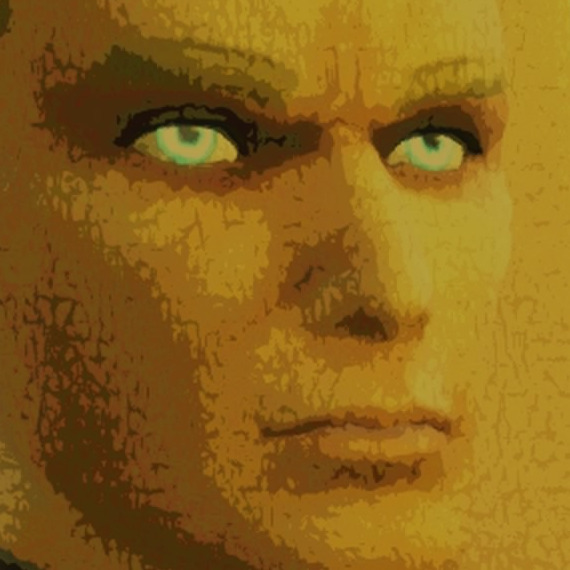 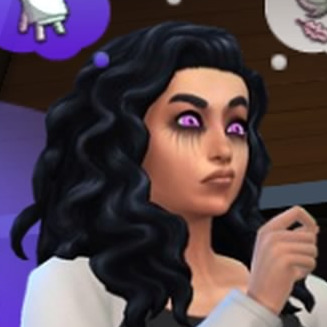 If it's alright with you, I wanted to take a night off from gaming. Get a little rested XP.

Would you be able to make a visit tonight? When do you like to smoke?

My favorite smoke is the first one in the morning.

It doesn't really matter to me. My girls are asleep.

Could you come visit me at my flat?

SHE WANTS ME TO GO TO HER PLACE.

I can be there in an hour or two.

Gives me time to go to church.

Well, no, I don't actually go go to church

I watch a recording.

I'll see you in two hours.

Two hours doesn’t leave him as much time as he’d like. He downs one of STRAUD’s plasma packs to stave off the immenent threat of thirst and continues on his way.

SVETLANA lives in a flat on the Upper East Side, a place that she’s lived in, by all accounts, for decades. Few of their friends had chosen Manhattan as their place of residence; though prey was easy to find, dense too was the collection of eyes – finding an abandoned alley a little too difficult.

The vampires that did choose the center of the city had to have different methods of hunting.

The sky has safely darkened, the sun hidden far beyond the curvature of the Earth. Humans seem to vibrate with warmth as they bustle about the streets. Tonight, CEDRIC enjoys their company as he makes his way through the subway.

His journey finally comes to a conclusion with the aged doorbell label:

CEDRIC presses the button and waits for her to let him in.

And in a moment, she arrives, her hair straightened smooth and tied up like it had been at STRAUD MANSION a week prior.

They walk up the stairs. It is strange, being near her, and he is struck with a discomfort that contrasts their week spent playing video games together.

Perhaps it truly was the stuff of the imagination.

I’M TERRIBLE AT MAKING MY GIRLS PICK UP AFTER THEMSELVES.

She opens the apartment door and allows CEDRIC entry.

The furnishings remind CEDRIC of a time long gone. The styling and color palette are something out of the sixties. But the hues are comforting for some reason he can’t place.

The floor is littered with dolls.

SVETLANA kneels down to pick them up.

(thinking) Aren’t her children a bit old to be playing with dolls?

But he has no firm knowledge of their birthdate or even how they came to be. These questions were best left to be discovered in their own time.

She places the dolls in one of the rooms of a very large dollhouse set in front of a generous window.

I KEEP TELLING THEM IF THEY DON’T PICK UP THEIR THINGS, ONE DAY I’M JUST GOING TO TOSS IT ALL IN THE GARBAGE.

ONE OF THESE DAYS…

She smooths her darkly colored dress and turns back to CEDRIC.

DO YOU HAVE CHILDREN, CEDRIC?

He laughs. Hadn’t STRAUD told her anything about him?

ME? NO. I DON’T HAVE ANY OFFSPRING.

She seems a bit forlorn.

I WANTED TO GIVE YOU SOMETHING.

I HOPE IT FITS.

She quickly turns away and scuttles upstairs.

CEDRIC looks around the living room. A small fireplace is lit, crackling gently. He bends down to pick up one of the dolls.

It’s wooden, with a plain cotton dress. The details of the face are painted on a sphere without a protruding nose. The limbs hang loosely, hidden within the sleeves and beneath the dress. Her shoes are made from leather scraps. It’s a nice doll, but then again, it seems an antique instead of a girl’s plaything. The dollhouse’s roof, too, is matte with a covering of dust…

But his thought is interrupted by the sound of SVETLANA hurrying down the stairs.

He quickly puts down the doll and turns to see her. She’s carrying a dark jacket on a hanger.

When she reaches the bottom of the stairs, she says nothing of CEDRIC’s notice of the dolls.

FORGIVE MY IMPUDENCE, BUT –

I REALLY DIDN’T CARE FOR THE SUIT YOU WERE WEARING AT THE COUNT’S FETE.

I THOUGHT YOU COULD DO BETTER.

He hadn’t cared much for the suit either, but what else was there?

SVETLANA holds up the hanger and the jacket flutters and falls straight.

It’s a Mandarin jacket embroidered throughout. The neck is wrapped in red and the detailing lines the hidden buttons down the chest. He’s never seen anything like it before.

I KNOW A TAILOR.

IF YOU LIKE IT, I CAN GET YOU A FEW MORE.

He’s not even sure if he likes it, he’s so stricken by the gift. It’s caught him off-guard.

[interj.] YOU AREN’T ALLOWED TO SAY WHETHER YOU LIKE IT UNTIL YOU TRY IT ON.

He feels shame at undressing in front of her.

She unbuttons the top buttons and removes the hanger, placing it on the couch.

CEDRIC takes the jacket and shifts the fabric between his fingers. He slips it on. It’s just the right size.

IT LOOKS GOOD ON YOU.

YOU LOOK OKAY IN A TIE, BUT I DON’T THINK WE SHOULD DRESS LIKE THE MORTALS.

NO, WE ARE SOMETHING DIFFERENT. WE SHOULD CARRY OURSELVES LIKE IT.

He attempts a jovial tone.

DO I EVEN WANT TO KNOW WHERE YOU GOT MY MEASUREMENTS?

And then a fear strikes him. He grimaces.

THIS DIDN’T BELONG TO SOMEONE ELSE, DID IT?

CEDRIC, I HAD THIS MADE FOR YOU!

IF YOU DON’T LIKE IT, THAT’S ONE THING BUT NO, IT’S NEVER BELONGED TO ANYONE ELSE!

He’s ashamed of his groundless accusation. Someone’s given him a gift and he’s spat in her eye.

SVETLANA reaches forward with elegant fingers and plucks a stray hair from the shoulder of the jacket.

Previous// KEVIN 015: Human Cleric
in which the trio rerolls to play with a new friend
Next// STRAUD 006: This is Halloween
in which Straud has converted Eliza Pancakes but not her husband