Yet another rehash, rerun, whatever.

I'm in a high school, trying to navigate around. Looking for my locker, always trying to find my damn locker.

It's such a common occurrence in my visions, that I'm wandering around trying to find my locker. Often that I've lost it, don't know where it is, but also that I don't remember the combination.

So I have the anxiety that even if I could find it, I'm not going to be able to get at the goods inside.

I can imagine that would be frustrating.

This overwhelming feeling that my mind isn't my own;

That with all that I'm expected to remember and do in high school, trying to remember the location and combination for my locker is just beyond what I'm capable of.

That being said, the location was particularly beyond me in this place.

The school was huge. It was combined with a mall, and periodically, while walking through the hallways, you'd find yourself in some women's clothing section or whatever.

There was no telling where the school might end and the mall begin.

Well, except one place there was an escalator. But that started a section that was electronics, not clothes. FWIW.

Seems like some commentary on the commercialization of education.

I'm just thinking it's a lament about how I spent my formative years.

Anyway, thanks for listening. I gotta meet up with Wonder Boy.

His little girlfriend is moving in today.

In a sleepy corner of Jamaica Estates, there are a number of homes adjacent to the Straud Mansion. Historically, he owned the entire swath of land, but has since broken up the holding into a number of smaller lots.

One of them has been dubbed the Widowshild Townhome.

A strange mix of antique accoutrement and modern amenities keep the house from being too out of place. The outside is grey brick, partially covered in bare vines. An abandoned garden adorns one side of the house, now yielding to winter’s hiatus.

A blond man stands in front of the façade.

You're on your way? 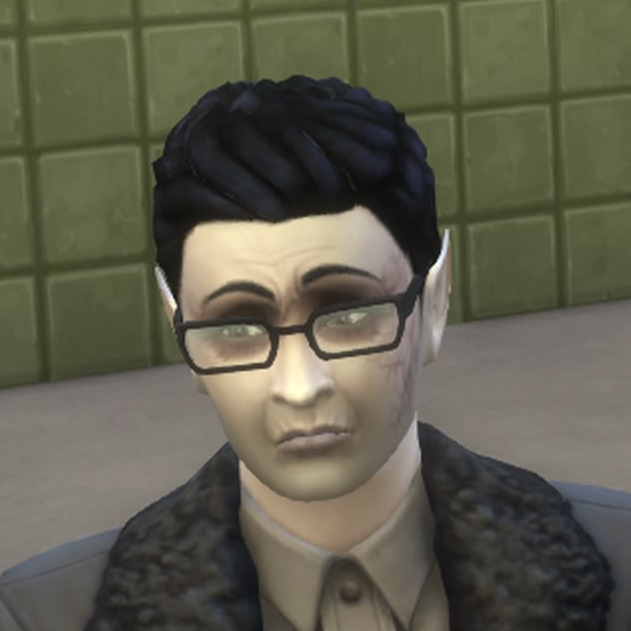 Soon, a brightly festooned van drives up and parallel-parks against the curb in front of the townhome. From Cedric’s vantage point, he can see the mess of brunette hair that was one of Perkins’s distinctive characteristics. She’s driving, of course. Mandarc was still incapable of getting behind the wheel.

The young man with the raven hair sits in the passenger seat and peels down his phone as Perkins fine-tunes the parking. Thankfully they should have no issue with space for the unloading through the rear doors.

She turns off the engine, opens the door, and jumps down from the elevated cab.

GOOD TO SEE YOU!

HOW WAS THE DRIVE?

He pats her on the back genially. The woman is impassive, as if she’s biting her tongue.

She doesn’t answer his question, so he repeats himself.

HOW WAS THE DRIVE?

THE DRIVE WAS FINE.

THERE’S ALWAYS A BIT OF TRAFFIC ON THE G.C.P. BUT YOU GET USED TO IT.

Mandarc walks around the nose of the van and approaches the pair.

YOU GOT THE KEYS?

YEAH. I’LL GIVE Y’ALL THE TOUR AND THEN I’LL HAND ‘EM OVER.

PLACE IS A BIT SPOOKY. I DON’T KNOW THAT I ENVY YOU.

BUT VLAD IS JUST UP THE HILL OVER YONDER.

He gestures across the central square toward a nearly black mansion.

IF YOU GET TOO SPOOKED, YOU CAN ALWAYS GO BOTHER HIM.

Perkins looks over toward Mandarc, seeming to ask for reassurance.

IS THAT WHERE YOU LIVE?

YEAH, I LIVE IN THE BASEMENT APARTMENT.

THERE’S A KITCHEN, A BATHROOM, A BAR…

DOGGO ISN’T TOO FOND OF LIVING UNDERGROUND, HOWEVER.

WELL DOGS HAVE A SENSE OF THAT SORT OF THING.

NEITHER OF WHICH IS WELL-PROVIDED IN YOUR APARTMENT.

HE USUALLY SLEEPS BY THE FRONT DOOR.

I’LL BRING HIM OVER SOMETIME AND LET YOU MEET HIM.

THE MASTER IS A BIT PRIVATE ABOUT HIS HOME.

I WOULDN’T WANT TO BRING YOU OVER UNANNOUNCED.

‘Master’. It was only a matter of time before Mandarc flubbed titles. He spent very little time among the Mortals and was unaccustomed to having multiple registers.

Having her here was a bad idea for an uncountable number of reasons.

But he tries not to draw attention to the terminology.

HE’S AN OLD FUDDY-DUDDY. TRY NOT TO TAKE OFFENSE.

HE WASN’T TOO HAPPY THAT I HAD A DOG BUT HAS COME AROUND A BIT.

JUST SO LONG AS I CLEAN HIS PAWS AFTER HE COMES IN FROM THE YARD.

YOU SHOULD DEFINITELY BRING HIM OVER.

TOO MUCH ADDITIONAL CHAOS IN AN ALREADY FRAUGHT ENVIRONMENT.

…WELL LET’S GET INSIDE.

Cedric twists a set of keys off a central ring and walks up the steps, followed close in turn by Mandarc and Perkins. With some difficulty, he twists the key into the locks and opens the door.

The inside of the townhome is almost as cold as the outside. The walls are cracked in some places and spiderwebs dot the upper reaches of the walls. The furniture is dated.

WOO-EE. LET’S GET THE THERMOSTAT TURNED UP IN HERE.

He locates a circular device secured to the wall and adjusts a lever.

I DON’T THINK ANYONE’S BEEN LIVING HERE A WHILE.

SINCE BEFORE YOUR TENURE.

An awkward silence falls over the trio. Perkins seems to want to say something but thinks better of it.

They slowly wander about the first floor of the house, fiddling with light-switches. Cedric tests the range in the kitchen.

He yells into the house, now separated from Mandarc and Perkins, who seem to have drifted upstairs.

But his joke receives no applause.

Previous// MANDARC 003: Adieu
in which Friday moves out of her temporary stay in Alphabet City
Next// PERKINS 002: Ambiance
in which Friday Perkins tries to act normal at Widowshild